THE IMPORTANCE OF EQUIPMENT SUPPORT

TOO MANY LANDSCAPE PHOTOGRAPHERS INVEST THOUSANDS OF DOLLARS IN CAMERAS AND LENSES, FORGETTING THE IMPORTANCE OF EQUIPMENT SUPPORT

The importance of equipment support is one of the most underrated aspects of landscape photography today, when it comes to gear choice. Perfect equipment support is fundamental. Imagine investing thousands of dollars in ultra-high resolution, high performing cameras and lenses. Then, imagine investing some thousands of dollars more in the trip or Workshop of a lifetime. Imagine getting up before sunrise, arriving to your dream location, setting up, taking your best shot ever and going back home as happy as you can be. And then, when you open your files on your computer, imagine finding your shot ruined by micro-vibrations you never thought could be there.

Not great, isn’t it?

Perfect equipment support is fundamental for landscape photography, exactly to avoid the scenario above. Yet, it’s the second to last thing most photographers think about when planning their gear purchases – the last being filters. The most important thing to remember is that our image taking system is only as strong as its weakest link. We all know that putting a bad lens on a 50 Mp camera renders all that resolution completely useless. Equally, putting even the best camera and lens combination on an unstable tripod and head setup makes it nearly as useless. Let’s see how we can fix all that.

TRIPOD
A good tripod for landscape photography must be sturdy, rigid, stable even under windy conditions or on unstable ground, and yet be light enough for you to carry it around comfortably. More, it must be strong enough to withstand the attacks of the elements and the unkindness of time. Carbon fiber tripods are the only choice for me: they are rigid enough to support your camera properly, and light enough to be carried around with you all the time.

I favour tripods without an extendible center column, because having one makes the whole tripod much less rigid, both when extended and if you leave it non-extended as well. If your tripod has one, at least try not to use it.

As far as the leg locking mechanism, I definitely prefer twisting locks to clips. Twisting locks work better in locking your legs more securely, are easier to use in the field, and most importantly are way more reliable. Clips, with their mechanisms, have a much higher failure rate than twisting locks, which will work forever without a problem as long as you’ll clean them from time to time.

Legs must be able to be positioned at different angles independently, down to the “flat on the ground” configuration. More, they should feature a leg locking system designed well enough to let perform this task quickly and easily.

Large bore carbon fiber tubes with less sections are better than thinner tubes with more sections. Of course, here we face a conundrum, and with it the necessity to compromise, as often happens when it comes to gear choices.

Stronger, more stable tripods are bigger and heavier. They score high on performance, but much lower on portability. Smaller, lighter tripods, on the other hand, win on portability but might end up being useless in critical conditions. So, what to do?

My solution to the stability vs. portability conundrum has always been that of getting a mid-thickness bore carbon fiber tripod, always without a center column. For your convenience, you can find my current choice of tripod in my constantly updated GEAR & EQUIPMENT page.

As far as brands, there is lot of choice out there. I would definitely recommend Really Right Stuff first, and by a margin, followed by Gitzo and Feisol carbon fiber tripods. Personally, I happily used two different Gitzo tripods for years, but after my last Gitzo tripod failed on me in Iceland, self-destructing itself while placidly standing open with my Leica SL on it, and especially after a subsequent very bad experience with Gitzo’s customer care, I moved to Really Right Stuff and never looked back.

If you put portability first and need your tripod to be as small as possible when folded, at least please check that the thinnest section of tube will not be too thin. Finally, when looking at specs, I’d recommend you always err on the side of caution. I.e., if your heaviest camera + lens combination weighs 10 kg, buy a tripod with a load capacity of at least 20 kg.

HEADS, BRACKETS AND PLATES
Among photographers aware of the importance of support, a good number just think about it in terms of tripod, leaving the head as an afterthought. They either use the head that comes with the tripod, if any, or they look for the less expensive head they can find, not giving much thought to it or to the way you connect your head + tripod system to your camera. However, I’ll say it again: your image taking system is only as strong as its weakest link.

Attaching your camera securely to a sturdy head, one that is easy to setup and that won’t move once in position, is extremely important in order to make the best use of all your megapixels and of the acuity of your prized lenses. A good ballhead must do the following:

– Allow for precise framing;
– Framing should not change while tightening it;
– Once tightened, the head must stay in place without creeping;
– Must have an easy way to control friction, to make it easy to fine tune your framing;
– Attaching your camera or lens to it should be as easy as possible.

Again, when looking at ballheads’ specs I’d suggest you err on the side of caution, getting a head able to carry at least about twice the load you intend to put on it. Last, since you’ll have to carry around your head on top of your tripod, the lighter the better.

To connect my cameras to my head, I always use L-Brackets rather than camera plates. The reason for this is very simple: to shoot in portrait orientation, if you use a regular camera plate, you’ll have to turn your head to its vertical position using the head’s vertical slot, thus putting all your equipment’s weight off the tripod’s centre.

This hinders stability, increasing the risk of movement or even causing your camera / tripod combination to tip over. More, using your head in this way will limit the range of camera movement as well. An L-Bracket, while slightly more expensive than a camera plate, will pay itself off in no time when you’ll see the difference in results it produces in terms of ease of use and stability of your camera system.

THE IMPORTANCE OF THE STANDARD
During the years, thanks to its superior performance and ease of use, Arca-Swiss’ original dovetailed quick release system became the de-facto standard for professional photographers. Today, a great number of accessory makers produce Arca-Swiss compatible heads, quick release systems, camera L-Brackets, and camera and lens plates. Some are even better designed and better built than those offered by Arca-Swiss itself. When you buy into a support system, it makes lot of sense to buy into something that has the widest possible cross-compatibility between brands and manufacturers, allowing you to keep all options open to add in the future a panoramic system or a different camera bracket or a long-lens plate, and so on.

In my quest for the perfect head, I used classically designed ballheads from Markins, Kirk and Arca-Swiss, as well as innovative solutions such as the famed Arca-Swiss Cube or the Acratech Ultimate. All of these heads were working very well, but they all had some quirks, features or lack thereof that left me wanting. So, I kept searching.

Finally, in 2015 I tried the Arca-Swiss P0 Monoball and I never looked back (read my review of this head here: ARCA-SWISS P0 MONOBALL REVIEW). As far as the choice between L-Brackets and plates, I only use L-Brackets for all of my cameras. Really Right Stuff and Kirk Enterprises are my brands of choice: no matter which camera you use, between these two manufacturers you can be sure you’ll find a dedicated L-Bracket for your camera.

COSTS, INVESTMENT VALUE AND CONCLUSIONS
There is no way around it. A stable, small, light, durable and efficient tripod, head and bracket combination is expensive. Think around $800-1.200 US for your tripod, $300-500 US for your head and $150-250 US for your L-Bracket. Some people think they can get away with much less, and perhaps spend the rest on a new lens or something like that. In my experience, if you are serious about landscape photography, sooner than later you’ll see the problems that such flimsier and inadequate solutions will create you and you’ll decide to finally invest in an adequate support system. You just need to decide how much extra money you’ll spend (or rather you’ll throw away) during the years buying lesser good tripods and heads over and over, before investing into solving the problem for good.

Consider this: how many times you changed or upgraded cameras during the last, say, 10 years? Or lenses? On the other hand, a good tripod will last you a lifetime. A good ballhead will last you a lifetime. A good L-Bracket will last you a lifetime as well, unless of course you’ll change your camera: in this case, as long as your ballhead has a standard Arca-Swiss plate, just replace your old L-Bracket with one right for your new gear and you’ll be fine. A cheap, fragile tripod will not last you long, nor will a wobbly head. You’ll have to scrape them and re-buy them over and over again. So, in my opinion this is a no-brainer: put off your next lens purchase, choose the best tripod, head and L-Bracket combination for your camera and buy them instead. Buy them once and be done forever. Believe me, perfect equipment support will improve your photography much more than buying a new lens or a new camera with some more resolution ever will.

Disclaimer: At the time of writing, I am not affiliated with any of the brands mentioned here in any way. I am a professional photographer looking for the best equipment for my work, I buy all my gear with my hard-earned cash and I don’t get paid by anyone to write articles for my blog.

Thanks for reading this post, I hope you enjoyed it! Why don’t you share it with your friends, or drop me a comment to let me know how you feel about this?

2 thoughts on “THE IMPORTANCE OF EQUIPMENT SUPPORT” 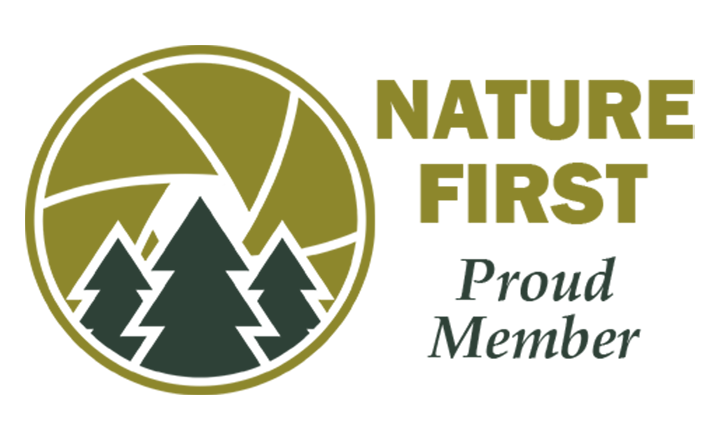 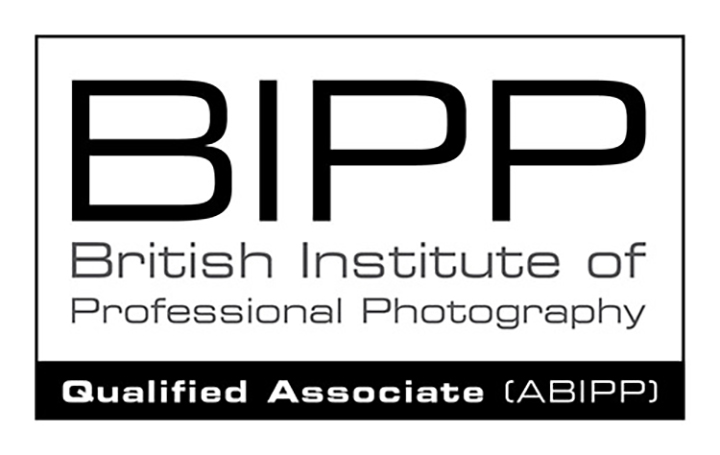 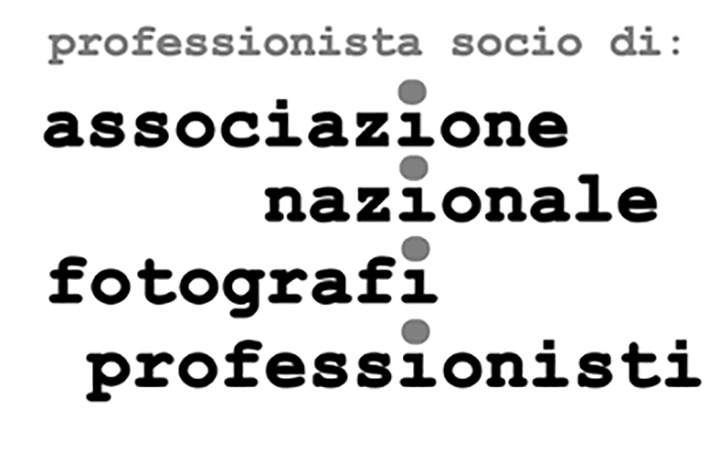